I remembered getting a copy of a letter that spoke about the STEUER family lore. I decided to read it again and dissect it. Since I keep want to go backwards and find out more on our ancestors, I wanted more clarity in where to look.

There is a letter from Minnie & Barney Steuer, dated 21 Sep1958, to Kermit & Henrietta states that the STEUER name doesn't go back more than three generations. It does state that Bernhardt, Aaron and Julius were brothers and about 6 brothers stayed behind in Hungary as as they knew. The descendants of those brothers had either been lost track of or were murdered in the holocaust.

This letter continues to state that the father of these brothers was not STEUER but Yudkovitch (Judkowitz, Judkiewicz (Hungarian spelling), Judkovics). The story came from Max David Steuer, known as "Pop" to his family, the son of Bernhardt. The story was one of Bernhardt's brothers was bethrothed to a young lady whose last name was STEUER. She was an only child and her father, anxious to have the family name perpetuated asked the prospective son-in-law (whom is still unknown at this time) to take the name of Steuer when he married his daughter.

This brother did take on the name STEUER and the, gradually, one by one the other brothers did the same. The only one who didn’t do it was Bernhardt who came to the USA as Judkowitz, not Steuer, so said by Barney. I do have Hungarian birth records for six of Bernhardt’s children, all born in Bihar Megye, Hungary and some had the last name of Judkiewicz and Mary and Max were born as Steuer.

The brother I have as not changing his name was Hersk Judkiewicz. His grandson, Josef/Joseph Judkovic was born in Csebinye, Zemplen Megye, Hungary and arrived in New York on 11 February 1898 at the age of 17. He had been told by his father, Abraham Judkiewicz, never to change his name. Marc Judkowitz is a known DNA match to Arthur and Michael, Bernhardt’s great-grandsons and to one of Julius Steuer’s (Cleveland branch) great-great-grandson.

Bernhardt and Fanny may have emigrated under the name of Yudkatitch/Judkiewicz/Judkowitz or someother spelling for the name. The story Max Steuer told, after his father Bernhardt arrived in New York and being introduced as Mr. Steuer, he found the conflict of names embarrassing and then took the name of Steuer as well. Max went on to state that the family was Hungarian and mentioned they were from Grossvardein (the German name for Nagyvarad) and Homona (where the famous Max D Steuer was from).

I have often wondered why Max referred to the place he was born as Grossvardein instead of Nagyvarad if the family had always been Hungarian. The letter from Barney continues to state that the place where Max was born was at one time part of Bohemia, hence could be the reason for the German name. Bernhardt’s brother Aaron was a vintor in Bohemia before he and his family emigrated to New York (before Bernhardt emigrated).

Nagyvarad (Grossvardein) are known today as Oradea, Romania. In Hebrew and Yiddish texts the German name was used. It’s known that Jews in Nagyvarad were immigrants from Bohemia and Moravia. These Jews adopted the Hungarian language and culture earlier than other Jewish communities in Hungary. 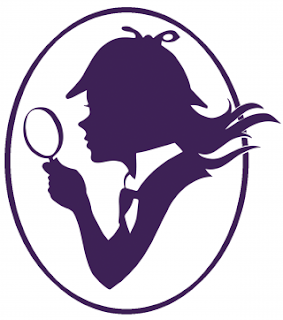 I haven’t been able to find any Bohemian records. I do have some theories as to other family members because of their spouses family names are names that others in the extended Steuer family married into, so this tends to lead to the general areas they were from. Still missing other brothers, so there still are large puzzle pieces missing. Maybe one of these days I will find more records and be able to go back a few more generations.
Posted by truely blessed at 3:12 PM 0 comments

In November 2018 I was contacted by Julie regarding her great-grandmother, Eva Steuer. She didn’t know much about Eva, but did know she was related to Rabbi Urlich Steuer.

I was able to let Julie know that Eva was the daughter of Bernhard Steuer & Henriette Eisner. Julie was only able to tell me about Eva’s husband and daughter Ellie Hiller. Now I have been able to find out more about Eva’s family.

Bertha Hiller married and had at least one daughter Elfriede Hiller (Siedner). Bertha and Elfriede emigrated to Rio de Janeiro, Brazil in 1959. 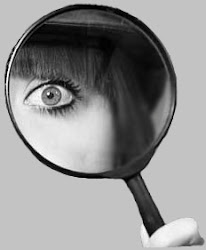 truely blessed
Michal (Marlena) Esterson has tracked her family history through Ukraine, Lithuania, Spain, Galicia and elsewhere. I started on my quest of finding missing puzzle pieces of my family about 39 years ago.

You may NOT use any of the contents of this site for commercial purposes without explicit permission from the blog owner. Commercial purposes includes blogs with ads and income generating features, and/or blogs or sites using feed content as a replacement for original content. Full content usage is not permitted.